An Exhibition Centered on Women in Surrealism Over the Past Century

NEW YORK – 11 OCTOBER 2022 – Phillips is proud to announce The Virtues of Rebellion, an upcoming exhibition through PHILLIPS X which will explore the creative output of women Surrealists from the first half of the 20th century and the artists working today that mine this rich legacy. Coinciding with the marquee 20th Century and Contemporary auctions across all three major houses in New York, artworks for sale and on loan will be displayed in our 432 Park Ave galleries from 21 October – 22 November.

Jeremiah Evarts, Deputy Chairman, Americas & Senior International Specialist, said, “André Breton’s seminal movement, which first took hold in the late 1920s in Paris, served to inspire a generation across the globe, many of whom did not receive the cultural or institutional recognition they so rightly deserved at the time. Recent exhibitions, including Surrealism Beyond Borders at the Metropolitan Museum of Art and the Tate as well as Milk of Dreams at this year’s Venice Biennale, expand the definition of Surrealism beyond the small group of Paris-based men that have historically represented the movement.  We look forward to continuing this necessary exploration of the lesser-known historical Surrealists and their contemporary counterparts.”

Alexander Weinstock, Associate, Private Sales, added, “As with our auctions, we are thrilled to continue Phillips tradition of curating new dialogues between disparate groups of artists across space and time. Spanning the mediums of painting, sculpture, and photography, we look forward to creating a juxtaposition of some of the most exciting women artists working today alongside their Surrealist predecessors.”

Seeking to bridge the gap between dream and reality, past and present, Surrealist artists such as Leonora Carrington, Remedios Varo, Dorothea Tanning, Kay Sage, and Leonor Fini employed a range of visual approaches that united in visions of fantastical worlds deeply rooted in historical and spiritual significance. Against a broad swath of socio-political backdrops, each played a crucial role in the evolution of twentieth-century Modernism. Today, a new generation of painters including Emily Mae Smith, Julie Curtiss and Louise Bonnet, incorporate a similar surrealist lexicon into their art-making. 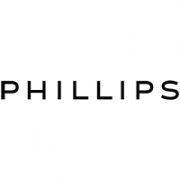 So, Can Dogs Eat White Chocolate?

Why The Internet Has Become An Essential Tool For Education