The fashion organisation Saudi International Fashion Council has been launched in Riyadh – the capital of Saudi Arabia. CEO Ghadi Ali announced that the SIFC has signed a formal working contract with Torino Fashion Week. Started in 2016, in the elegant northern Italian city of Turin, this fashion week has been growing from strength to strength. With this new partnership catapulting both organizations to the next phase in their journey.

The main mission of the SIFC is to bring Saudi Fashion to the next level in design, manufacturing as well as marketing. Saudi Arabia has a substantial number of fashion designers, which are mostly promoted locally in the Arabian Gulf Region. The Saudi International Fashion Council aims to create a bridge between the Middle East and Europe this year. Furthermore, the organisation has also stated its intent to explore future potential partners in the Asian market.

During the media launch on the speaking panel, Fashion Blogger Nia Amroun spoke about Modest Fashion comparisons between England and Saudi Arabia. The discussion was joined by Hiba Farrash, the successful Saudi designer and mum of two who established her fashion career in the early period of her life. During this time, the country was very conservative and the opportunity for designers was much more strictly limited. 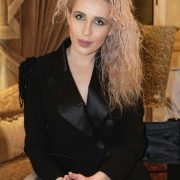 Yassa us a lifestyle and fashion contributor based in the capital of Saudi Arabia, Riyadh. Working internationally as a creative fashion event planner and fashion PR expert in the Middle East and Europe. With a wide experience in high fashion shopping and styling across the GCC Countries.

The Ultimate Travel Guide To Casablanca in Morocco

The W16 Mistral Heads To Riyadh During Middle East Tour