London is the United Kingdom’s bustling metropolis. It’s known for being a city where business is done, culture is interesting, and many cups of tea are consumed.

It’s not exactly known for its golfing scene, but you may be surprised and pleased to find out that it has its fair share of great golf.

Here are some of London’s most interesting golf holes that you should play if you get the chance!

Known as “The Gulley,” this par-4 can be deceiving due to its fairly short distance and sneaky uphill, dog-legging fairway.

The hole demands accuracy from the tee-off, and veering too far to either side will land you in the rough or the forest. Taking your second shot requires precision to hit the green, and falling short here could result in you rolling back down the uphill fairway.

The green slopes from right to left, and from back to front, so you’d need plenty of concentration and a precise hand to get your putt right.

Scoring par on this hole would be a good score, and going over is nothing to be ashamed of!

This hole is another par-4 that could be a par-5, but instead provides a challenge for every golfer who plays it. The fairway is suspiciously straight, and from the tee, it looks like a quick and easy play.

Once you’ve teed off, however, you’ll find a number of hazards that make it difficult to get to the green. It’s surrounded by no less than three water hazards, with a tree filling the gap between them and a sand trap waiting to catch you if you go over them.

The third par-4 on our list, this one leaves very little room for error. You’ll tee off through a line of trees, down a slightly curvy fairway. Halfway down, you’ll find a tree sitting in the middle of the fairway, which could pose a tricky problem for less experienced golfers.

Once you get past that, and the bunker just before the green, you’ll find the green is hugged by trees and is slightly downhill. You’ll need to be careful, patient, and precise to get it right.

A par-4 from the white and yellow tees and par-5 from the red, this hole is more challenging than it appears and is known as the toughest hole on the course.

The green is small and needs the golfer to be straight and true to reach it in two shots. Two sand traps sit on either side of the green, so you’ll need to split the two to land safely. The green slopes slightly downwards, so you will need to take it slowly and aim well.

At first glance, this par-4 seems like an easy play. But don’t be fooled – it’s tougher than you might think from your impression off the tee.

An undulating fairway is longer than it appears, and if you fall short and land in the dip halfway down, it could be a tricky second shot getting out. You’ll need to skirt the two right-hand-side bunkers to have a comfortable shot at the green.

Don’t underestimate London’s golf offerings. It may not be known for its sport, but there are some adventurous golfing experiences to be found if you just know where to look!

Give these exciting golf holes a try next time you have some hours to spare and are keen to get out on the course and grab some of the best coffee in London afterwards if you aren’t in the clubhouse. 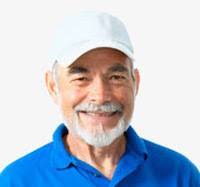 Jordan Fuller is a golf enthusiast who has been fortunate enough to play at a vast range of clubs and courses, both in his home country and others during his travels. He shares his love for and knowledge of the sport at Golf Influence.