Indian artists have been making an impact throughout the world since time immemorial. Modern Indian artists synthesised western modernism and Indian elements, introducing to the world their unique visual syntax. Not only did they glean much from global artists of note, they too inspired audiences around the world. The contemporary artists of the country today are experimental, inspired by the rich history of India and the future they foresee, commenting on the current politics and issues of the present. Their works have travelled the globe, showcasing the diverse thoughts and cultures that the country nurtures.

Listed below are a few eminent modern and contemporary Indian artists that have made their presence felt in the art world not just within India, but globally.

M.F. Husain: Arguably one of the most internationally recognised Indian modern artists, M.F. Husain’s contribution to the art world is immeasurable. Credited with introducing Cubism to Indian art, his works were heavily inspired by mythological and religious icons, his scenes rooted in Indian elements. His utilisation of vibrant colours, lines and his penchant for building narratives through his art would also gain him international recognition, especially after his first solo show in Zurich in 1952 and his first US exhibit in New York in 1964.

F.N. Souza: One of the founding members of the Progressive Artists Group, F.N. Souza was a non-conformist artist whose provocative works not only made an impression in India but worldwide. His inspirations lay in his Catholic upbringing and the relationship between man and woman, his works featuring nudes and Christian iconography becoming some of his most famed. His graphic and uninhibited art would make its way to the world post his solo exhibition in Gallery One, London in the 1950s. He would later move to New York where he would continue to achieve success till his passing.

Tyeb Mehta: One of the most revered artists of India, Tyeb Mehta’s works have seen changes owing to not only what he witnessed growing up but also his international travels. The diagonal lines that he is best known for feature in artworks that explore human suffering that he was privy to in his childhood, and impacted him till the end. His compositions and style would see an evolution during his stay in London from 1959 to 1964 and then his visit to the United States for the Rockefeller Fellowship in 1968. He received several awards not only from Indian institutions but globally as well.

V.S. Gaitonde: A master of abstraction and expressionism, V.S. Gaitonde was one of the most eminent modernists of India. Although he himself did not like being associated with abstract art, the artist was fascinated by Zen philosophy and Tantra. The meditative quality of his works and his command over colour and texture was a departure from the art being created by modernists of the time. The works were highly lauded with exhibitions being held in museums in the country and around the world.

Bharti Kher: One of the leading Indian contemporary artists, Bharti Kher’s work deals primarily with everyday life lending to it a sense of magical realism. Her surreal works use found objects as the medium, a signature being the bindi that has found admirers throughout the world. With these works she attempts to explore the relationship between the material and the metaphysical. With both solo and group shows held globally, Kher has made a mark in the contemporary art world unlike any other current Indian artist.

Atul Dodiya: Influenced by historical and political events, Atul Dodiya’s assemblages, paintings and sculptures tell stories of a postcolonial India and its people. First achieving recognition for his series on Gandhi executed in 1999, Dodiya later moved away from his photo-realistic style to a more experimental approach achieving further success abroad. This could be credited in part to his time spent at Ecole des Beaux Arts in Paris where he was able to see Renaissance works along with modern art. Achieving recognition in India as one of the foremost postcolonial contemporary artists, he has also been lauded internationally.

Thukral & Tagra: Thukral & Tagra visuals have evolved over the years to become rooted in the socio-political aspects of Indian culture. Composed of Jiten Thukral and Sumir Tagra, the duo explores the changing aspirations of the middle class and the repercussions of a materially consumed contemporary India. With humorous and playful compositions, the artists have also expressed their concerns on the essence of the country’s identity, receiving global recognition for the same.

L.N Tallur: Conceptual artist L.N. Tallur concerns himself mainly with sculptures, installations and interactive work that speaks of the mundanities of life and the absurdities and anxieties associated with it. These sculptures combine the contemporary and traditional by using found objects, industrial materials among others which are then handcrafted to create unique works. Tallur’s impressive works have been exhibited internationally including Germany and South Korea.

Written by Sneha Gautam Vice President Client Relations, AstaGuru Auction House
Sneha Gautam is the resident modern Indian art specialist at AstaGuru. She joined the auction house in 2012 and has over eight years of experience in the art industry. She has become well versed in the intricacies of Indian aesthetics and has developed a knack for spotting the rare gems of modern Indian art. She has created a solid foundation by researching extensively on the history of modern Indian art and is capable of tracing the evolution of the increasing demand for this category amongst collectors both in India and overseas. Sneha contributes to the curation of the modern Indian art auctions at AstaGuru and has successfully been a vital part of over 25 auctions. 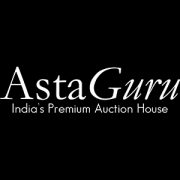 AstaGuru was conceptualised in the year 2008 with the sole purpose of creating a safe and secure platform to conduct online auctions for Modern Indian and Contemporary art. The word AstaGuru is a thoughtful conjugation of ‘Asta’, of Italian origin, which translates to auction and ‘Guru’, the Sanskrit connotation for ‘master’ that indicates our distinguished finesse at being the leaders of auctioneering art and artefacts in India as well as globally. AstaGuru has strived to successfully bridge the gap between prospective buyers and consignors by transcending the limitations of live auctions.

5 Benefits Of Playing An Instrument

Office Styles And Interior Features For Men And Women