The Netflix offering is growing daily and has seen many of us glued to the screen for hours, or at least until the old “are you still watching” sign pops up. But having such a large treasure trove of content at your fingertips can be a little overwhelming. Moreover, there are so many hidden gems often not tweeted about or getting the noise they deserve. With this in mind, We take a look at some of the most loved titles as well as some lesser-known gems available on the streaming network right now. We list some of the titles worthy of a spot alongside well-known titles like The Witcher, Stranger Things, Bridgerton, Ozark, Black Mirror, The Queen’s Gambit, Dark, You, and Dash & Lily.

Directed and written by David Lowery has truly created a masterpiece of storytelling with A Ghost Story. You could be easily forgiven for reading the synopsis and simply scroll past. A story of a man who dies and then wanders around his house and window as a ghost (covered in a white sheet and all) might sound a bit cheesy but we can assure you it’s not.

We follow him on an existential journey through his past and future. This could easily be one of the saddest and most poignant stories you have ever seen. It explores life, love, death, the meaning of life, the pain involved in dealing with loss and everything in between. This is the ultimate visual film that will take you on a rollercoaster ride and is an absolute must watch!

Action Star Scott Adkins and Jesse V. Johnson team up for another great action film but unlike most of their previous collaborations, Avengement really allows Adkins to really show off his acting chops. In the film, he plays Cain Burgess who at the start of the film goes to his brother, played by Craig Fairbrass, to ask him for money in order to start up his own gym. The brother offers to give him a “job” to get the money, things go horribly wrong and Burgess ends up in prison.

During his time in prison, following some violent encounters, Burgess discovers that his brother set him up. He manages to escape from custody and ends up in a pub looking for his brother. Here, he ends up holding the members hostage and start revealing his past and how he became such a violent fighter. The Avengement is not your average action film but has a deep and intricate storyline to it that is sure to keep you enjoying it from start to finish.

The Blackcoat’s Daugther is a film where art-house and horror meet. Unlike your average occult-based gore-fest, Osgood Perkins has created a beautifully tragic future cult (excuse the pun) movie that will be loved by many for years to come.

The film follows the story of three girls, Joan, Kat and Rose and has been divided into three ‘acts’ to focus on each of their storylines. The first act focuses on Kat and Rose. Both of these girls are left behind at their boarding school during winter break and is about to have their lives turned upside down. Furthermore, the nuns at the Catholic school where they have been left are rumoured to be Satanists. There are very few horror films that leave you with empathy and keep you burning along as The Blackcoat’s Daughter and is well worth the watch!

Armando Iannucci, the distinguished Veep creator, has created a political satire masterpiece with The Death Of Stalin. The film follows the events after the death of Stalin in 1953 and the eventual de-Stalinization of Russia. Although this might sound a bit niche or boring for those who speak more brutally, we assure you this masterpiece of comedy most certainly is not.

What makes this film even greater is that you do not need to know or understand the history during this period. In fact, this is not one for the period-puritan. In basic terms, imagine if Drunk History were to create an entire movie about a single event but with exceptional acting. This movie will have you in stitches and is the perfect escapism film!

Originally broadcast on BBC Two, Collateral is a four-part series created and written by David Hare. In the mini-series, Carey Mulligan plays a pregnant detective on her first homicide investigation – a pizza delivery man. As the investigation progresses, more and more are aspects are brought into it right u to the Palace of Westminster and MI5.

Although Collateral is a murder mystery, the film is much more political and is really a social commentary on illegal immigration. Although this is not an uplifting series and it does lag a little, it is still worth a mention and has some great performances in it.

What do you get when you mix Gossip Girl, Downton Abbey and Pride and Prejudice together and sprinkled in some Regency period splendour? Well, for those of you who have been living under a rock, been caugth in an Office binge-watch spiral or those of you who have just resisted watching Bridgerton due to the hype, we can safely say that it is well worth the watch!

Narrated by the legendary Dame Julie Andrews, the series follows the lives of the aristocratic Bridgerton family during the debutante season. Throughout season 1 we follow the unfolding love story between Daphne Bridgerton and Simon Bassett, Duke of Hastings. With plenty of intrigues, visual splendour, the occasional overacting and era idiosyncrasy (which always makes for a good chuckle) as well as a lot of steamy love scenes, this series has something for everyone.

With The Haunting of Hill House, Mike Flanagan has created one of the creapiest and most brilliantly made horror series in the last few years. The story follows Hill House and the family members who were there as kids, how the hauntings affected them then and how it affected them as adults.

This series discusses being haunted far beyond the supernatural. It takes an in-depth look at how their actions and even addictions keep haunting them as adults. This is the ultimate blend between tragic drama and horror and has been crafted into a masterpiece that will keep you on the edge of your seat from the first to the last second.

Bouncing behind and forth between the summer, the Crain’s filled in the titular haunted house, and the years of anxiety and family trauma remained in the aftermath. Flanagan has demonstrated in previous works that got a knack for defeating visuals and well-composed scares. Still, his numerous successes in “The Haunting of Hill House” is the method he ties the scares into a rich, intertwining tale of relationships tinged with tragedy. This is an absolute must-watch… if you dare!

Everything Happening in April

There are Many to Dig Into!

Thankfully, the list of Netflix shows and movies which are available is growing month after month. Over the years, the streaming experience has increased and with a streaming app like Netflix, they keep on creating better content and user experiences.

Whether you are looking for deep-dive documentaries, gut-busting escapist comedy, stand-up specials from emerging talent, swoon-worthy romantic comedies, new series, movies about best friends or something entirely different, Netflix is sure to have you covered. 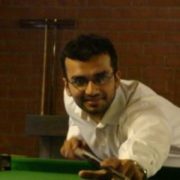 Gaurav Kanabar, founder of Alphanso Tech. He has specialized in blog writing, article writing, and copyright on different topics like the latest music industry trends, app like eventbrite development, marketing tips, and many more. Besides that, Gaurav loves spending time with nature, reading novels, and playing snooker.

How to Put Together the Ultimate Summer Wardrobe

Renewable Fuel To Power Continental GT3 To The Clouds

The Fascinating Life Of Anna Petrovna

NBA Stars Who Appeared In The Movie Hustle